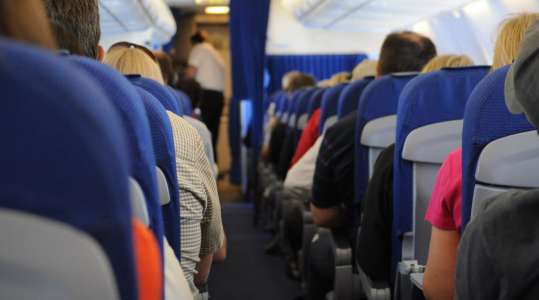 The Seat Beat - Part 3 of 3: Selecting the Right Seat

Take a look back at part 1 in the series for an understanding of seat terminology and part 2 for an overview of premium economy.  Then check out our UNIGLOBE expert tips on helping you get the seat that’s right for you.

Its commonly believed that aisle seats are the most sought after.  These seats work for those who might want to extend their legs into the aisle, or frequently need to get up to either stretch their legs or use the bathroom.  The downside is the likelihood of being affected by carts and people in the aisles, plus having to let other passengers out from the seats next to you.  Meanwhile, the window seat is generally preferred for those who plan to sleep during a flight and therefore don’t want to have other passengers climbing over them to get to the aisle.

The Exit Row & the Bulkhead

While exit rows generally have extra legroom, they have drawbacks too. First, on most airlines there is an extra fee for all rows with extra legroom, including the exit row.  Many covet these seats not only for the legroom, but the row ahead typically has limited recline. However, exit row seats often have fixed armrest with the tray table in the armrest rather than attached to the seat in front, which limits the seat width.  Finally, be aware that many window seats in the exit row have no armrest, or a shortened armrest.

The bulkhead is the divider before the first row in a seating section (such as between first class and economy). Depending on the aircraft, the bulkhead may be a simple a curtain or a fixed wall. The advantage of sitting in the first row behind the bulkhead is know that these seats in front of you won’t be reclining into your space.  However, if it is a fixed wall, this also means that is limited space for your feet as you can’t stretch them under the seat in front of you.  Like the exit rows, the first row behind a bulkhead generally has fixed armrest for the tray table, affecting the seat width.

Most of this series on understanding airline seats has avoided looking at the wide variety of seat types and configurations in business class and first class cabins.  However, we wanted to make special note of the Business Class cabins for intra-Europe travel on European airlines to differentiate it from the domestic first class seating on US airlines. On aircraft such as Boeing 737 or Airbus A320, there is a 3x3 configuration in economy (3 seats – aisle – 3 seats) and 2x2 setup in US domestic first class.  However, intra-European routes typically have the same 3x3 setup in economy and Business class, with the same seats and the same legroom.  The primary difference is that the airlines will block the middle seats for the rows in Business class thereby ensuring that you don’t have another passenger next to you.  For those flying business class within Europe for the first time and expecting seats similar to US first class, you’ll likely be disappointed.